At dawn fishermen return to the sea in Thalanguda.

In Thalanguda, fishing has resumed with the delivery of nets and the imminent delivery of boats and motors. Each man now earns between 50 and 100 Rupees per day. The atmosphere in the village has dramatically changed; men appear busy and the mood of apathy and indifference that once marred the village has been replaced by a greater sense of optimism. However, the distribution of financial government and NGO aid appears to have been appropriated by village leaders and not distributed fairly among Thanlanguda's residents.

Thalanguda suffered a tsunami scare on 27.5.05 when large tidal waves brought the sea a few meters higher further up the shore than normal. There was some concern and children were moved inland for safety.

Vijitha and Vijyashree Viswanathan, from the fishing village of Thalanguda in Tamil Nadu, lost their mother and younger brother in the tsunami. In May 2005, their father, Viswanathan received Rs.200,000 (about US$4500) as compensation for the death of his wife and son. This caused some tension with his wife's side of the family who demanded that the money be deposited in Vijitha and Vijyashree's names. Viswanathan agreed to this and he seems to genuinely have the welfare of his daughters at heart. However, Viswanathan will re-marry in August - without the support of his deceased wife's family or his eldest daughter Vijitha. Until then, the wife of
Viswanathan's brother, Shanti will continue to provide much of the care of Vijitha and Vijyashree who began the new school year on June 2nd 2005.

Vijitha and Vijyashree spent the summer school holidays (through the month of May) with their maternal grandmother Govindammal (age 70). Govindammal was living with her daughter's family in Thalanguda when the tsunami killed her daughter and grandson Pavitharan. Govindammal now lives with her son in the Pudhupattinam tsunami temporary relief camp in Nagappatinam district, Tamil Nadu. This relief camp, whi 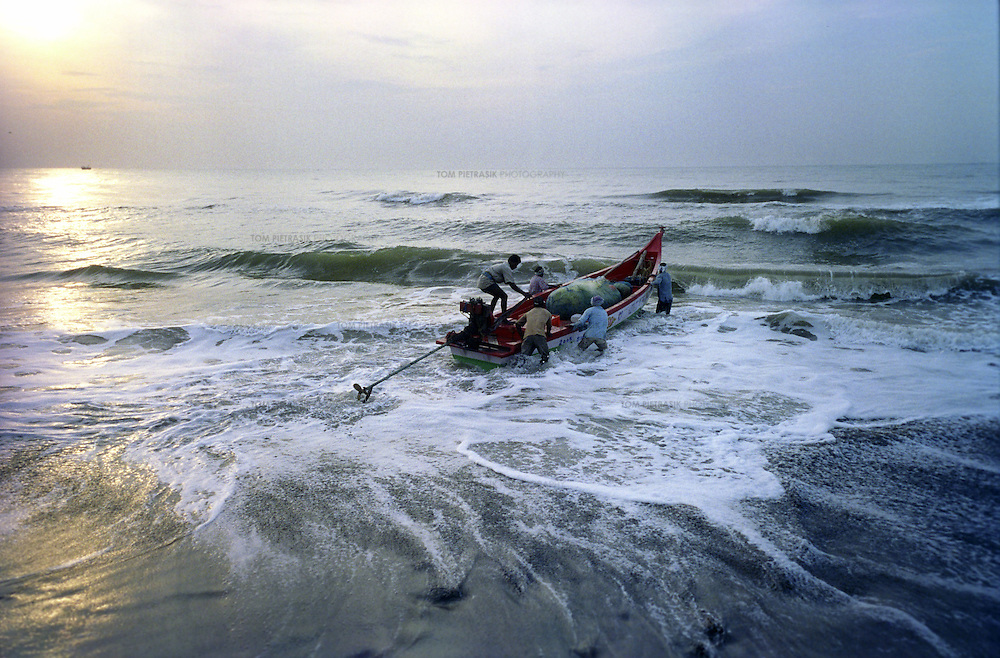