Vijitha places flowers in the sand on the beach close to the location of her mother's death in the tsunami.

THIS PHOTOGRAPH IS THE COPYRIGHT OF 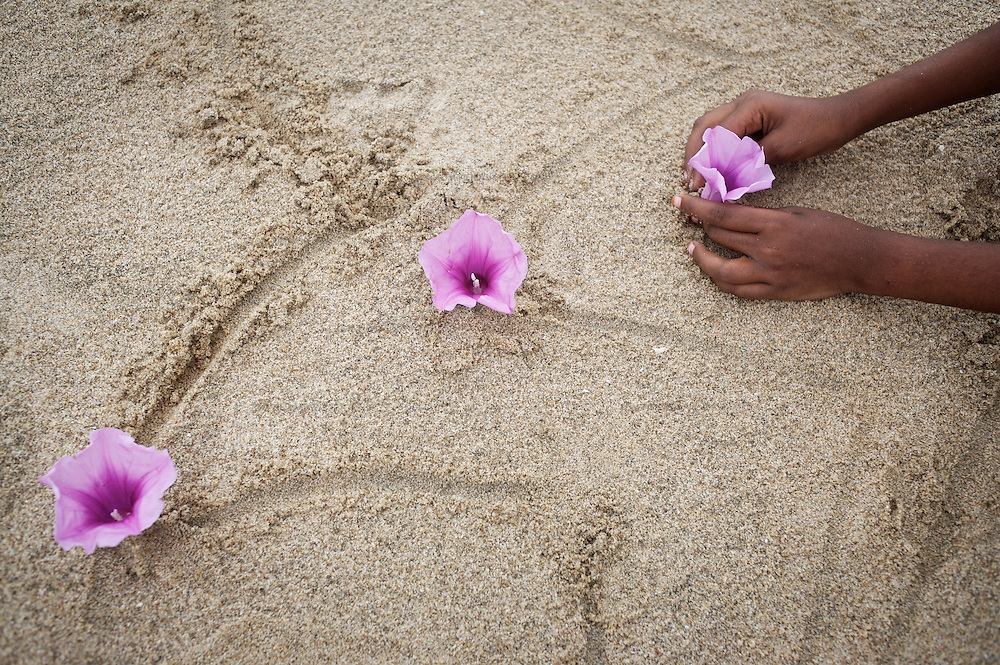