Kayalvizhi plaits Vijyashree's hair for school while Vijitha applies a bindi and powders her face. Kayalvizhi married the girls' father after the tsunami. 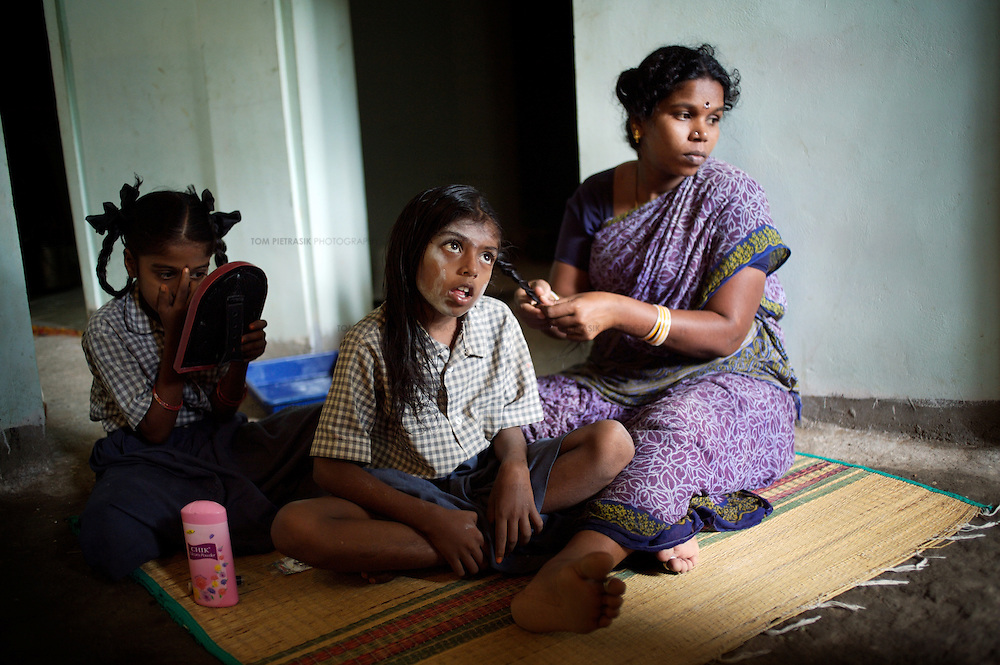