Dr. Yogesh Jain (left), records the progress of a newborn baby as the child's father looks on. The child had been treated for a hernia in a government hospital and the parents had brought him to the JSS hospital at Ganiyari for a second opinion.

Continually exposed to illnesses associated with malnutrition and poverty including tuberculosis and rheumatic heart disease, the doctors at JSS are tireless advocates for universal healthcare and focus resources upon the three-quarters of India's population (over 800 million people) who live on less than 20 Rupees ($0.50) a day. 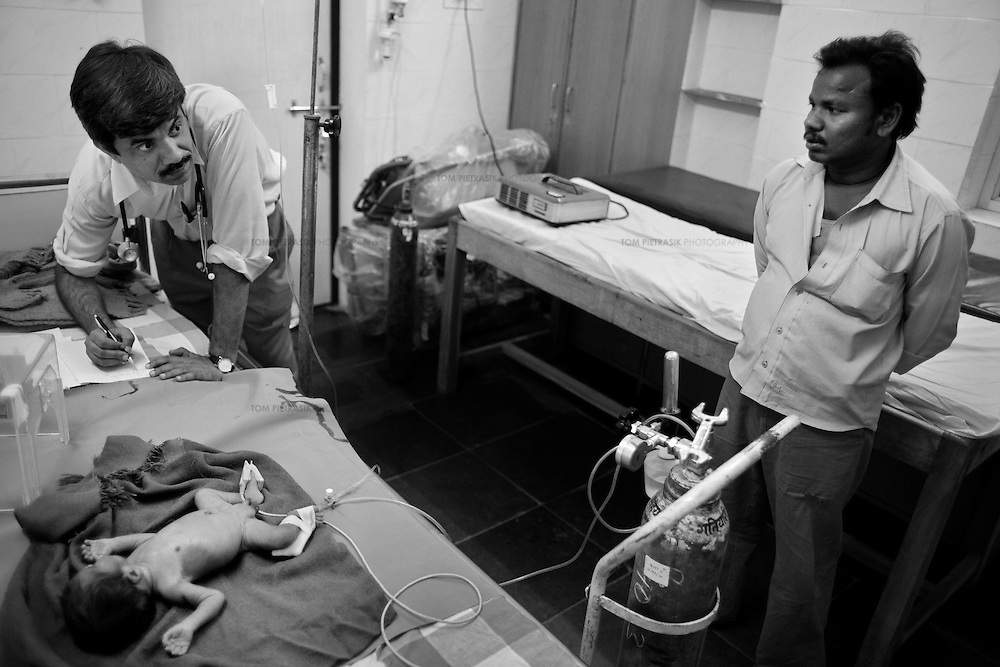