The husband (2nd left) of a 30-year old woman who had attempted suicide looks on anxiously as she is transported by ambulance from the JSS hospital in Ganiyari to the ICU at the large government hospital in Bilaspur, 25km away. The woman is one of many such cases of attempted suicide by the ingestion of insecticide. She was brought to the JSS hospital on a motorbike where doctors spent two hours stabilising her. The woman survived thanks to the efforts of the JSS and was discharged from hospital one week later. The JSS (Jan Swasthya Sahyog or People's Health Support Group) is a public-health initiative established in 1996 by a handful of committed doctors, all of whom trained at elite medical schools in India. While many of their peers secured high profile, high earning posts in premier hospitals in India, the US and the UK, the doctors at JSS provide a service for poor and marginalised rural communities in Bilaspur district in the eastern India. 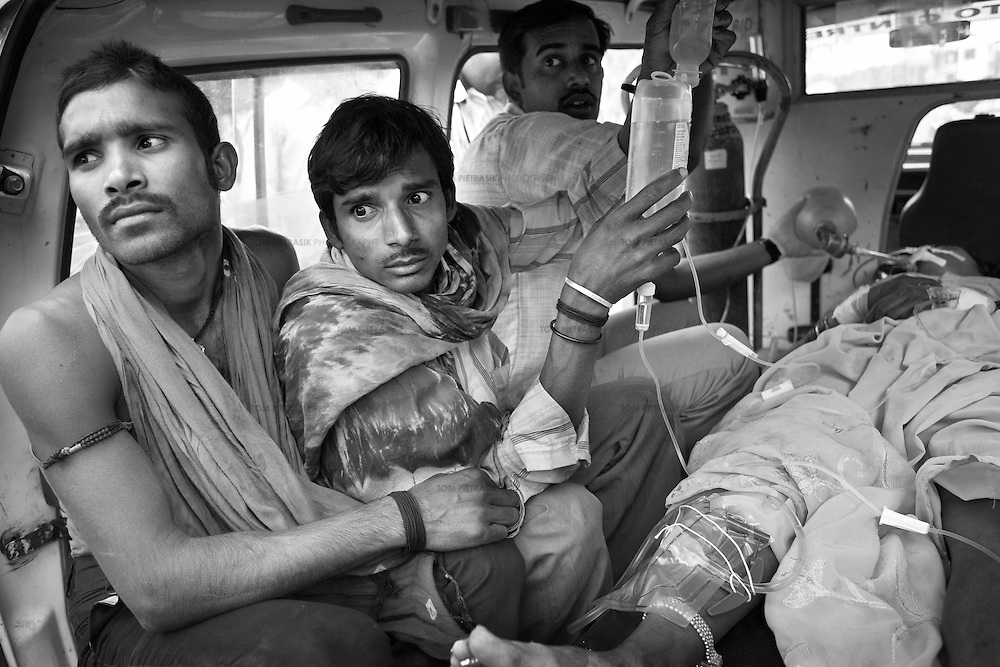