A nurse, watched by her colleagues, including Dr. Yogesh Jain (left) at the JSS hospital in Ganiyari, helps provide emergency medical treatment for a 30-year old woman experiencing seizures after attempting suicide by drinking insecticide. The woman is one of many such suicide cases treated at the JSS hospital in Ganiyari. She was brought to the hospital on a motorbike. After stabalising her, the JSS doctors admitted her to the ICU at the large government hospital in Bilaspur, 25km away. The woman survived thanks to the efforts of the JSS and was discharged from hospital one week later. 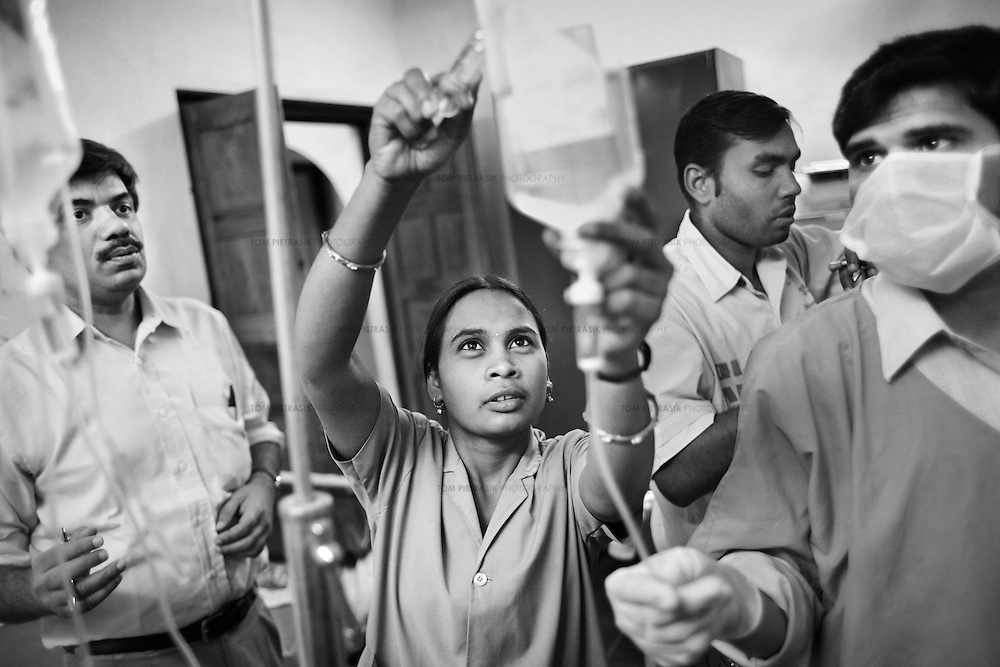