At home, Vasanti smiles to daughter Shruda, 10. Both are HIV positive. Vasanti Shinde, 26, works for the Save Foundation. 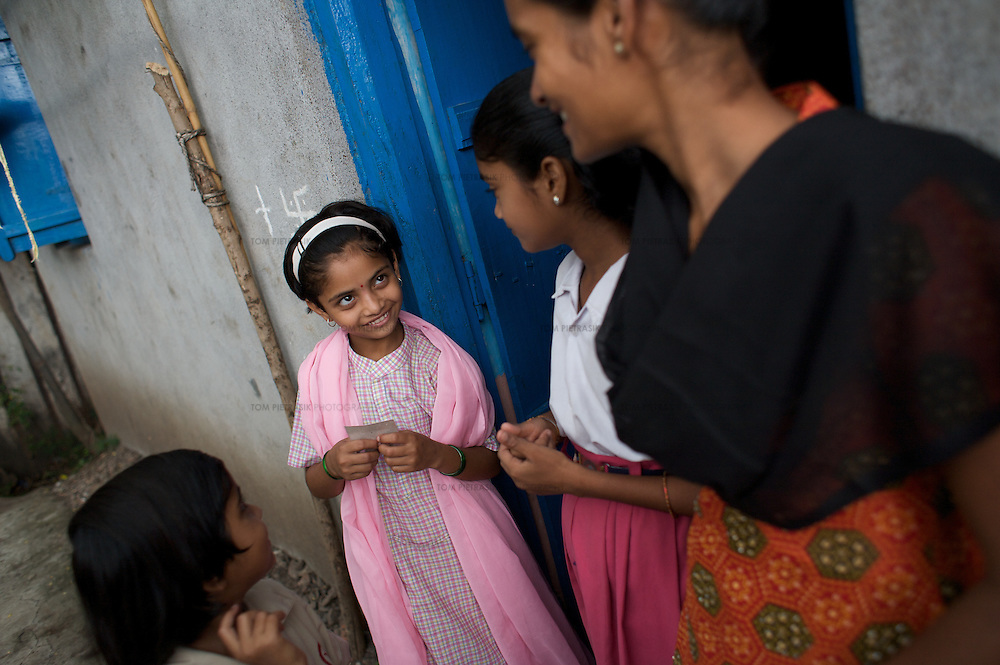