In Samdoli village, 10km from Sangli city, the Shramsafayla Self Help Group of HIV positive and non HIV women meet for a monthly session. They share advice on income generating activities. Each woman contributes Rs.30 a month to a credit fund. The group has been meeting for 18 months. 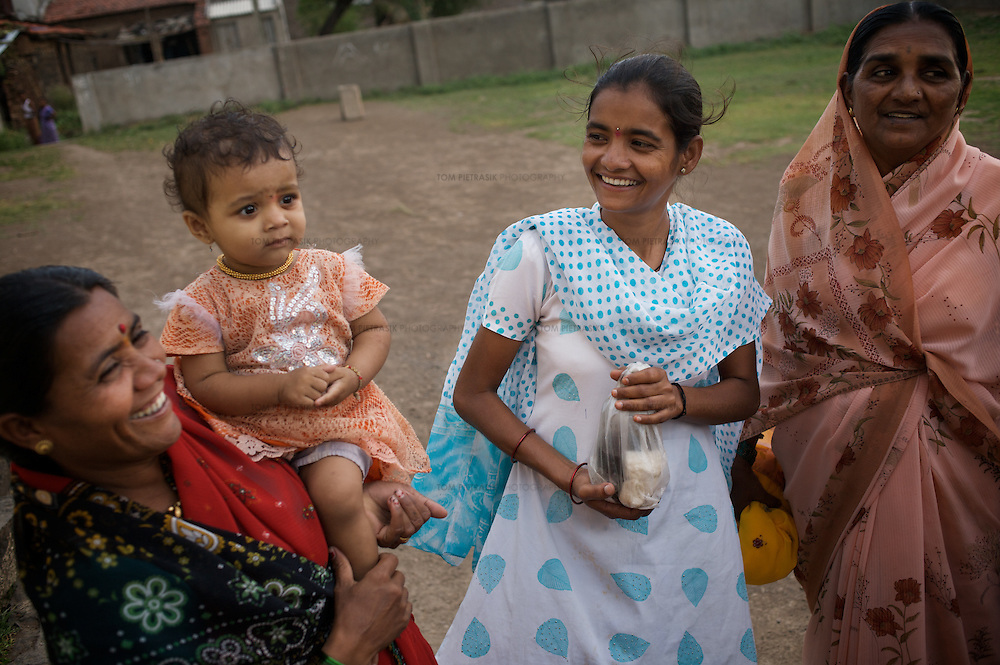