Nanda, age 16, stands beneath a garlanded photograph of her father Kadu, a cotton farmer who committed suicide by swallowing pesticide on February 29th 2006. Kadu had fallen into debt and could not keep up repayments on a loan of INR59,000 (£740) which, with interest had risen to INR100,000 (£1250). Kadu left a wife and four children. His daughter, Nanda was hoping to go on to college but will now have to give up school in order to work on the family farm.

Since June 2005, more than 300 farmers from the Vidarbha "Cotton Belt" in Maharashtra, have committed suicide. These farmers suffered spiraling debt as a result of India's trade liberalisation. Until last year, the Indian government offered Vidarbha's farmers a minimum price for their cotton of INR2500 (£31.25) per quintal. This figure has now dropped to INR1700 (£21.25). Indian cotton farmers are now forced to compete on the open market with farmers in the US and Europe who are provided billions of dollars worth of subsidy. In addition to the fall in the price of cotton, Vidarbha's farmers have also had to absorb a rise in the price of deisel and pesticide. In an attempt to draw attention to their plight, whole villages in this eastern district of Maharashtra, have put up their land for sale. Others have been threatening to sell their kidney's to ease their debt. 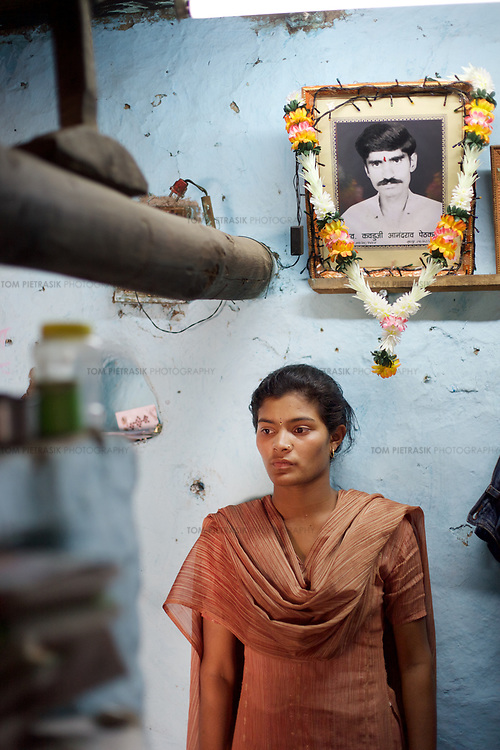