Brothers M. Siranjeevithan, 13 (left), and M. Chandrakumar, 11, fish at reservoir close to their home. Their catch will supplement their mother's income.

Brothers M. Siranjeevithan, 13, and M. Chandrakumar, 11, attend Vadamunai Government Tamil Mixed School. Their father was killed, an innocent bystander in the conflict between the LTTE and Sri Lankan Government 11 years ago. The brothers' mother cares for them though they must both fish to supplement the family income. M. Siranjeevithan and M. Chandrakumar live with their mother in one of a dozen temporary makeshift shelters housing conflict-displaced Tamil families located 3km from the Vadamunai Government Tamil Mixed School.

After fighting between the LTTE and Colombo Government forced displacement of the local Tamil community, the Vadamunai Government Tamil Mixed School was closed in 2007. Since reopening in January 2009, the school has six teaching staff for 88 pupils. Before closure, 136 pupils studied at the school. Five classes are held in a Unicef supplied Temporary Learning Space. Four other classes are conducted outside. Many of the students suffer with the trauma and stress associated with those living in conflict situations. The staff must deal with these issues as well as the personal difficulties that they also themselves suffer living in a conflict environment. 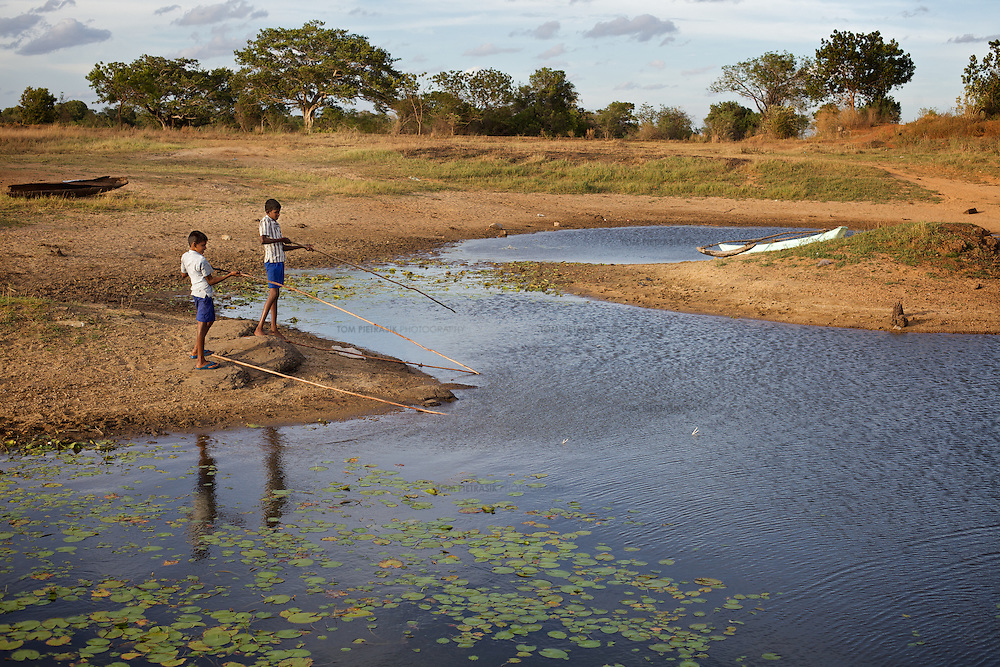