A young child on the ward of the JSS hospital in Ganiyari.

The JSS (Jan Swasthya Sahyog or People's Health Support Group) is a public-health initiative established in 1996 by a handful of committed doctors all of whom trained at elite medical schools in India. While many of their peers secured high profile, high earning posts in premier hospitals in India, the US and the UK, the doctors at JSS have focussed their medical expertise on providing a service for poor and marginalised rural communities in Bilaspur district in the east Indian state of Chhattisgarh. Relying on grants and private donations, the doctors at JSS pay themselves only Rs.20,000 (US$500) a month.

The JSS confront illness associated with hunger on a daily basis. They have found that the median weight for women they surveyed is 43kg. For men it is 50kg. Set against the figures for the Indian government's National Institute of Nutrition, this represents a deficit of 7 kg for women and 10kg for men. 30 percent of the women at Ganiyari have a BMI of less than 17 (18.5-20 is considered low-normal). This is the result of a lack of food-intake which means people are not able to fend off illness. So, for example, though 60 percent of Indians carry tuberculosis, only 2 percent have the disease, of whom many are malnourished.

JSS argue that the present PDS (Public Distribution System: government subsidized food) needs to be extended. At present the amount of subsidized grain a family is able to access every month constitutes them just 12 days of their needs.

Dr Jogesh Jain of the JSS has detected that the high incidence of malaria in 2010 correlates to food price increases and speculates that there may be a link. Kota block in Chhattisgarh saw 200 deaths from malaria in 2010. The JSS fund that the incidence of malaria is at its highest in the month of November when calorific intake is at its lowest. Dr Benayak Sen, who is on the board of the JSS describes malnutrition in rural India as "the genocide of 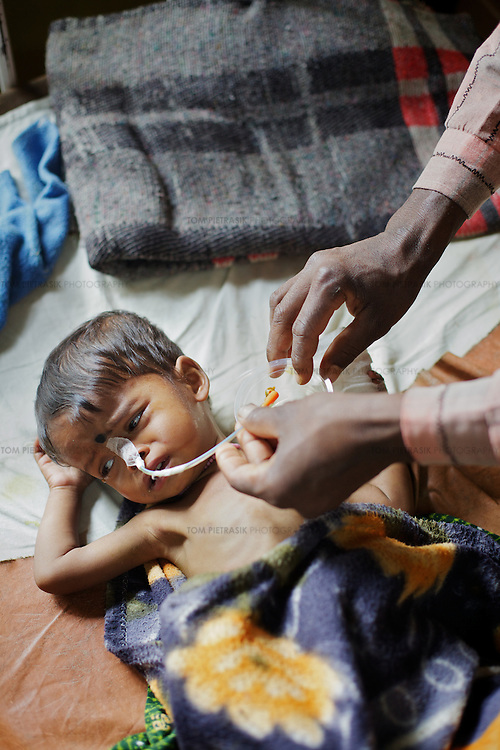