Vasanti Shinde, age 26, with doctors at the Save Foundation's homeopathic surgery in Sangli. Vasanti is HIV positive. Her CD4 count has increased with homeopathic medicine. 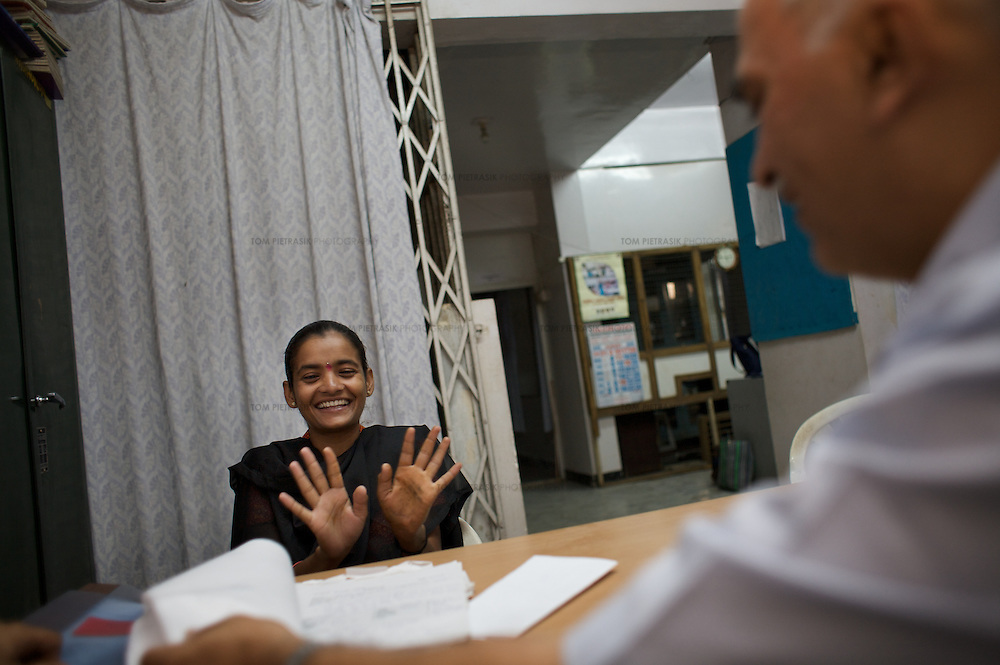