Hiralal's widow Meena Devi, 28, with two of the three cows she rears but does not own.

Hiralal died, aged 30, along with 13 others from Jalhe Bogiya village in May 2005 when, compelled by hunger, he ate the rotten meat of a goat that had died two days previously. Hiralal was a day wage farm labourer but drought conditions meant that there was little work and he had not been able to find employment for the year prior to his death. He and his family regularly experienced hunger surviving on just fruit and berries. His widow Meena Devi, 28, must now provide for their three children. She lives with Hira's mother Bhikni Devi, 50, and father Nanku Bhuiyan, 55. Meena earns a living by collecting firewood, a two day task for which she earns Rs.30. The family receives subsidized grain and kerosine for twelve days a month as part of the PDS (Public Distribution System) and the children benefit from the recently introduced daily meals provided by the local school and Anganwadi (child-care) centre. They have three cows that they do not own but rear and feed for which they are supplied milk for their own consumption. When each of the cows are sold, the Meena and her family will receive half the value raised, the rest going to the owner who is from the Yadav caste.

Lack of irrigation and food security lie at the root of the Maha Dalit community's problems in the village of Jalhe Bogiya. In the exploitative and divisive caste system, Maha Dalits are considered the lowest of the low. Ostracized by wider society (including the administration) illiteracy runs as high as 95 percent. Thanks to Oxfam-supported intervention, Jalhe Bogiya now has an - as yet incomplete - access-road built as part of the NREGA (National Rural Employment Guarantee Scheme). And an Oxfam-supported initiative in summer 2010 successfully lobbied the local administration to implement the provision of school midday meals which, by law is the right of every child. It is alleged that the Anganwadi (pre-school) 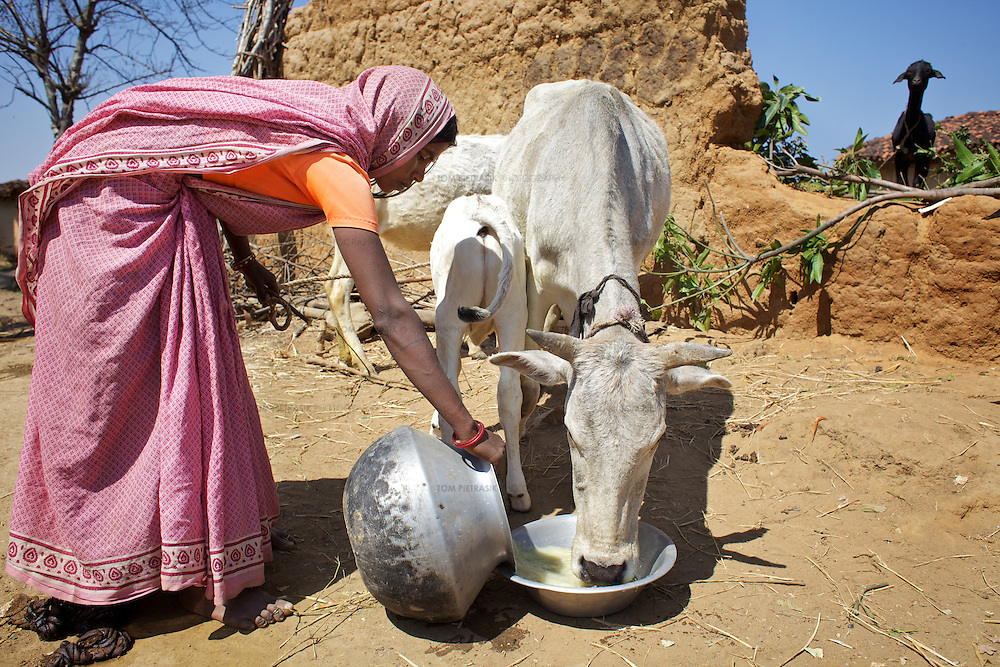