Vijyashree walks along the beach close to the location of her mother's death in the tsunami. 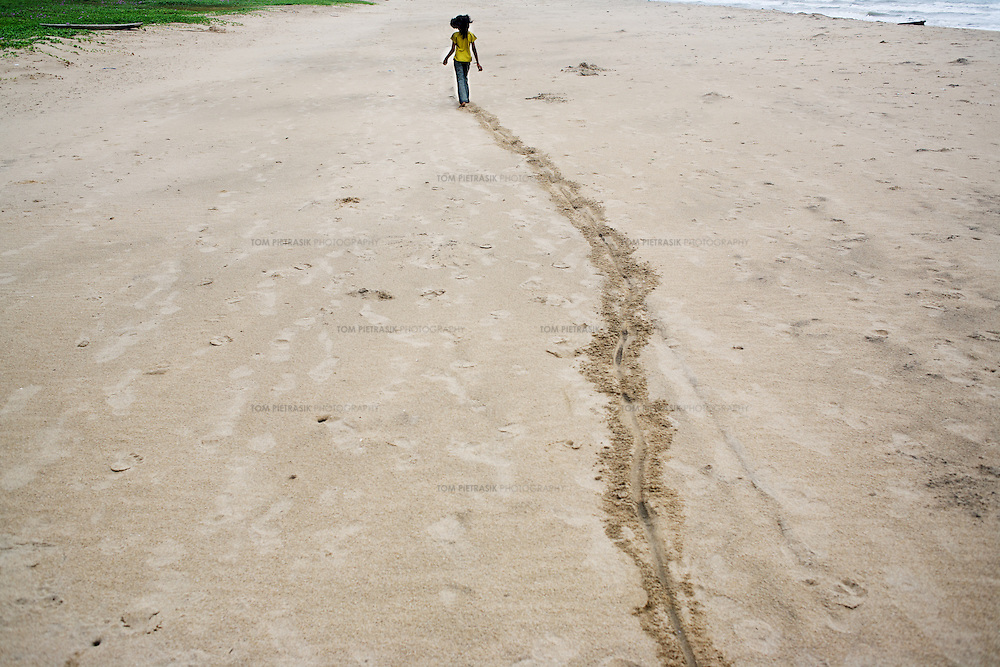