Dhouli Banoo, age 22 (in turquoise salwar with pink scarf), and other young women from Imam Nagar, collect water from their village tanka. This tanka (a covered tank surrounded by a catchment area of sloping gravel) was built by residents a year ago with the assistance of the Jal Bhagirathi Foundation (JBF), a non-governmental organization promoted by the United Nations Development Fund and the Italian Development Cooperation. Following the annual monsoon rains, the tanka will supply Imam Nagar's 60 resident's their drinking water needs for five months. When the tanka is exhausted, it becomes a storage facility for water delivered by truck. Women like Banoo used to walk 2-3km to collect water; the journey is now less than 100 meters.

In five years since its inception the Jal Bhagirathi Foundation (JBF) has utilised traditional methods to revive more than 250 water harvesting structures in about 150 villages in Rajasthan's drought prone regions. JBF provides technical assistance and two-thirds the cost of a project, only after a village council has thoroughly discussed the issue and reached a unanimous decision. Villagers raise the initial funds by contributing according to their ability. The poor who cant spare any money offer free labour. By addressing the problem of water and uniting caste-ridden village communities, the water campaign has set in motion a silent revolution of far-reaching consequences. Infant mortality is going down. For women who have been liberated from the daily task of collecting water, literacy levels are on the rise. Stomach and skin ailments are showing signs of decrease. 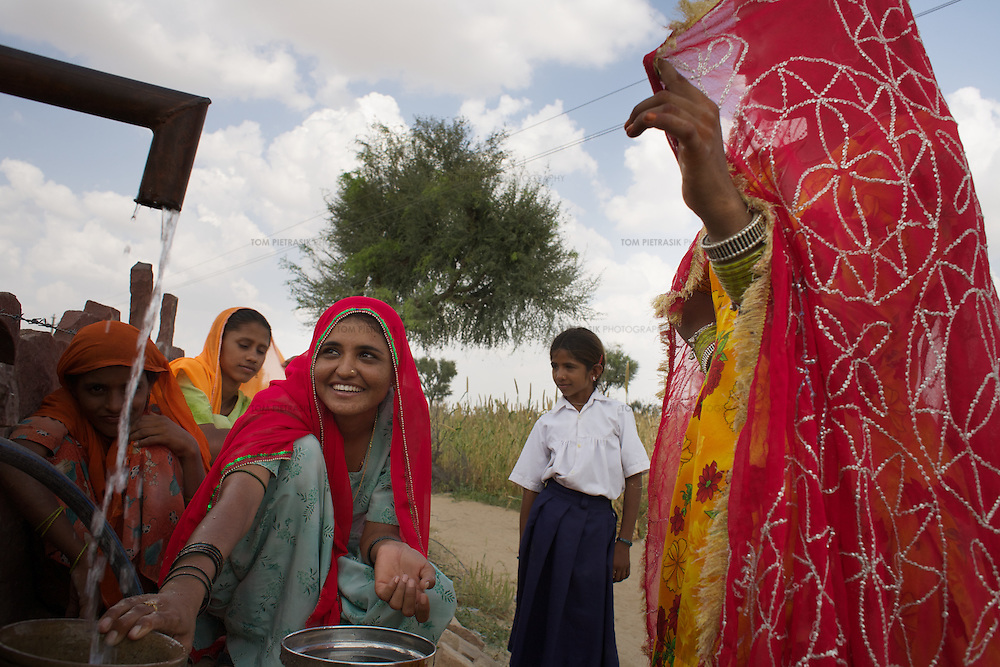