Imran Khan and members of his polical party Tehrik-e-insaaf have lunch with contractors on the site of a Namal college funded by Khan and other donators. The college has been established by Khan to promote education in his constituency. Khan will be using his Chancellorship of Bradford University in the UK to foster ties between the two institutions. Khan established a cancer hospital in Karachi in 1994 the success of which he hopes to emulate at Namal college.

Copyright
THIS PHOTOGRAPH IS THE COPYRIGHT OF TOM PIETRASIK. THE PHOTOGRAPH MAY NOT BE REPRODUCED IN ANY FORM OTHER THAN THAT FOR WHICH PERMISSION WAS GRANTED. Tom Pietrasik PHOTOGRAPHER NEW DELHI India tel: +91 9810614419 UK tel: +44 7710507916 Email: tom@tompiet
Image Size
4368x2912 / 2.5MB
Contained in galleries
IMRAN KHAN 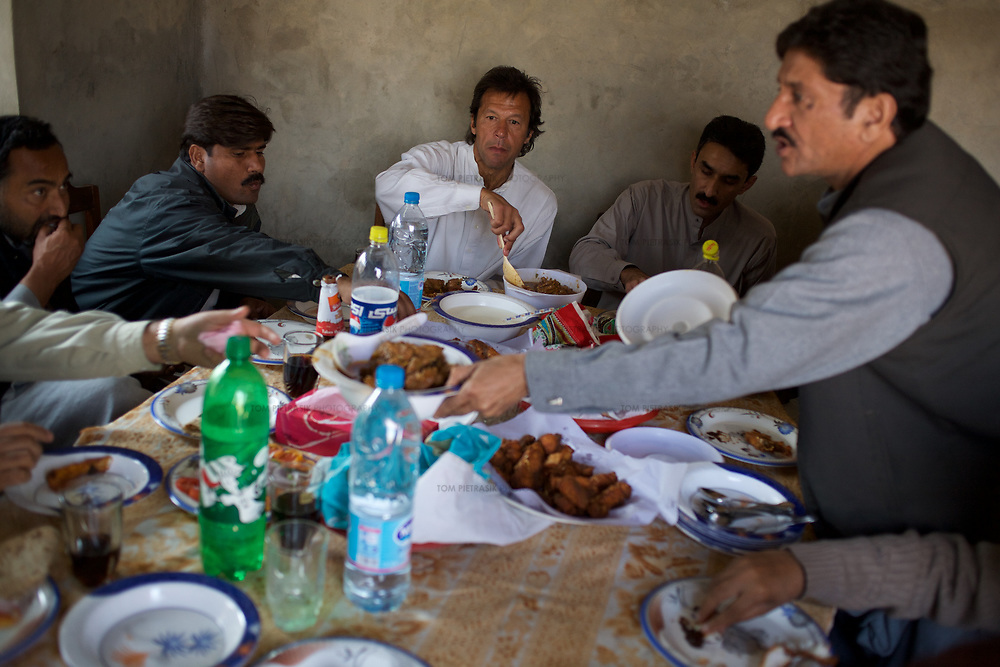