Vijyashree (left, age 7) and Vijitha Viswanathan (age 9) with their maternal grandmother Govindammal (age 70) at her home in the Pudhupattinam tsunami temporary relief camp. 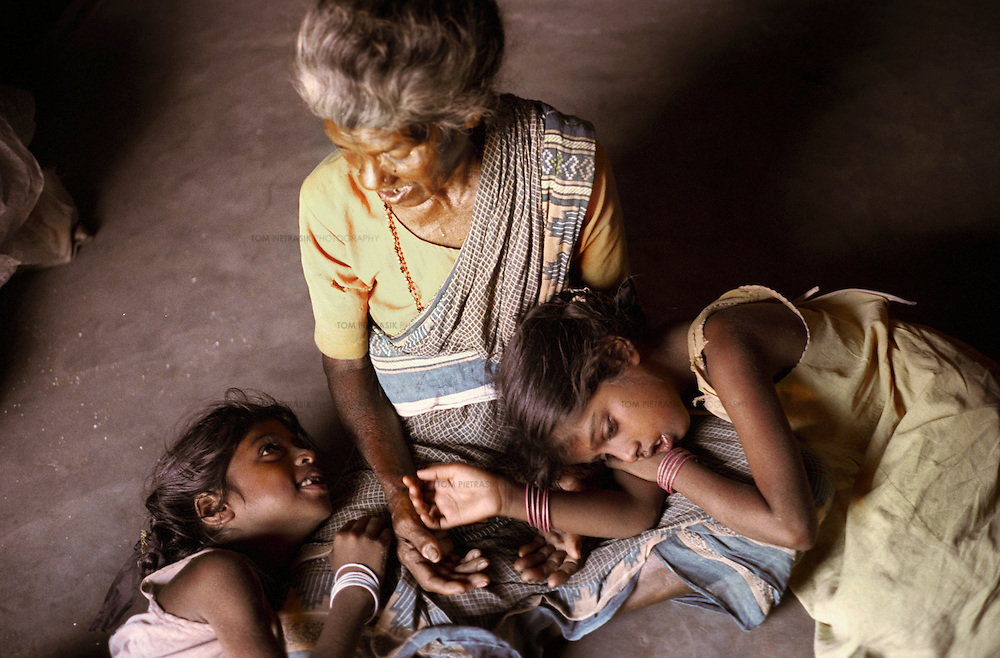