Students play in the grounds of the new Palchenai school. 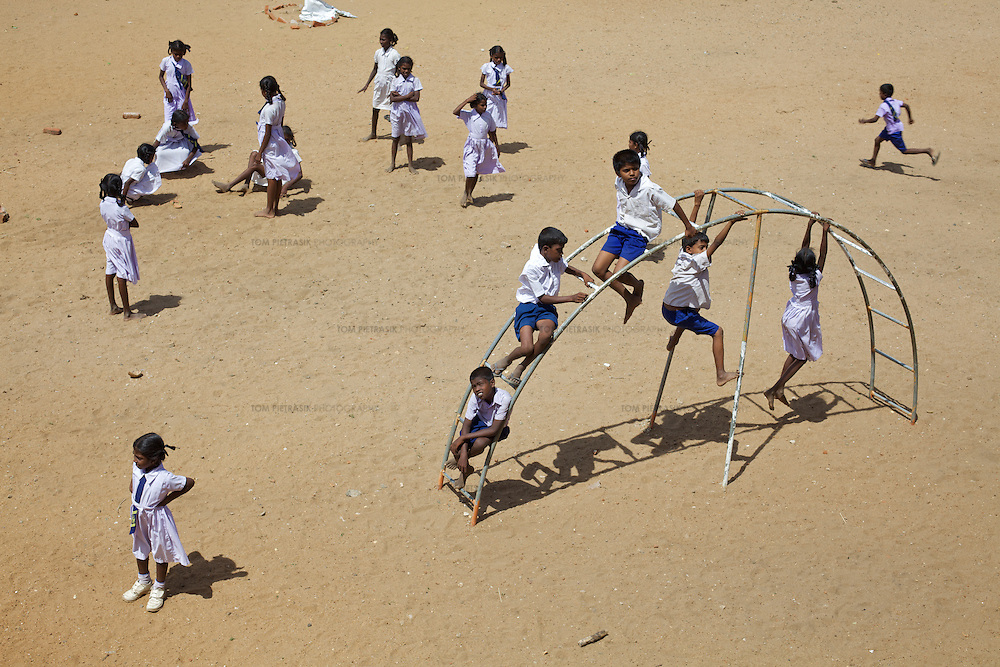