A blindfolded Vijyashree plays games on the beach with sister Vijitha, father Viswanathan and brother Sanjay. 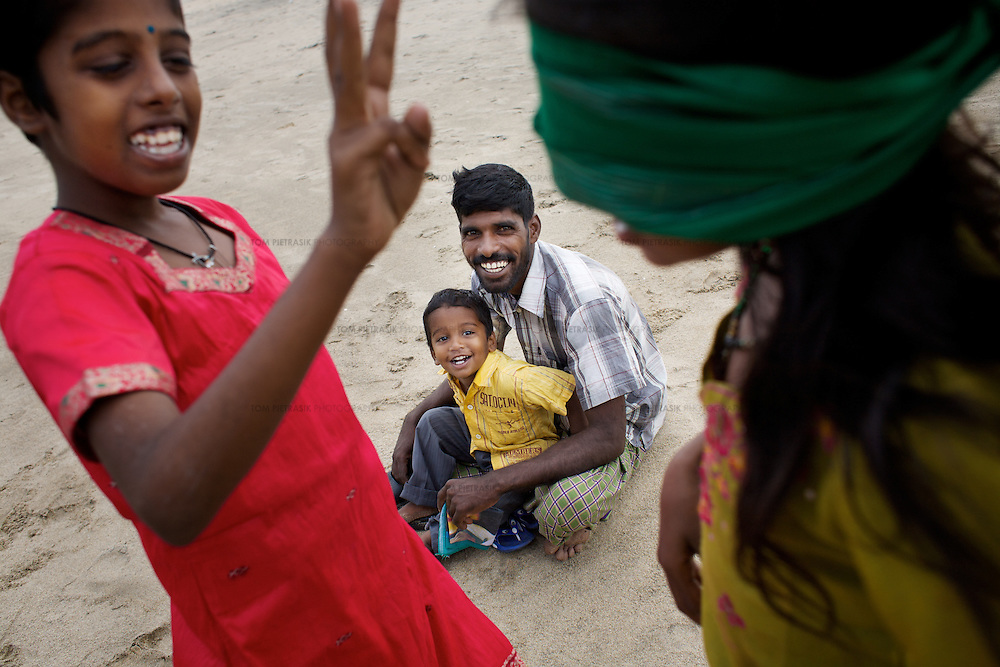