A boy and his father, a weaver, beside a hand-loom in the village of Kothakota which is known for its fine silk saris. Once forced into selling their fine silk-saris at a reduced-rate to the agents that supplied the silk thread, hand-loom workers in Mahaboobnagar District are now able to access loans through their local SHGs and invest in the costs of production themselves. This allows weavers to choose to whom they sell their saris and so guarantee a higher return for their labour. The Samista Handlooms store run by Adarsa Mahila Sahakara Samikhya (AMSS) only charges weavers a ten-percent commission rate on sales of their saris.

Adarsa Mahila Sahakara Samikhya (AMSS) is a federation of women's Self Help Groups (SHGs) established in 1996 in Mahaboobnagar District in Andhra Pradesh. Since that time, AMSS's membership has grown from 2,500 to 8,600 women. AMSS is made up of an elected management committee which meets at their resource centre in the village of Moosapet. The AMSS resource centre provides training facilities for the 569 SHGs it represents. The resource centre also offers loans at nominal rates of interest together with a nursery facility, a restaurant business and a hand-loom store selling the work of local weavers. 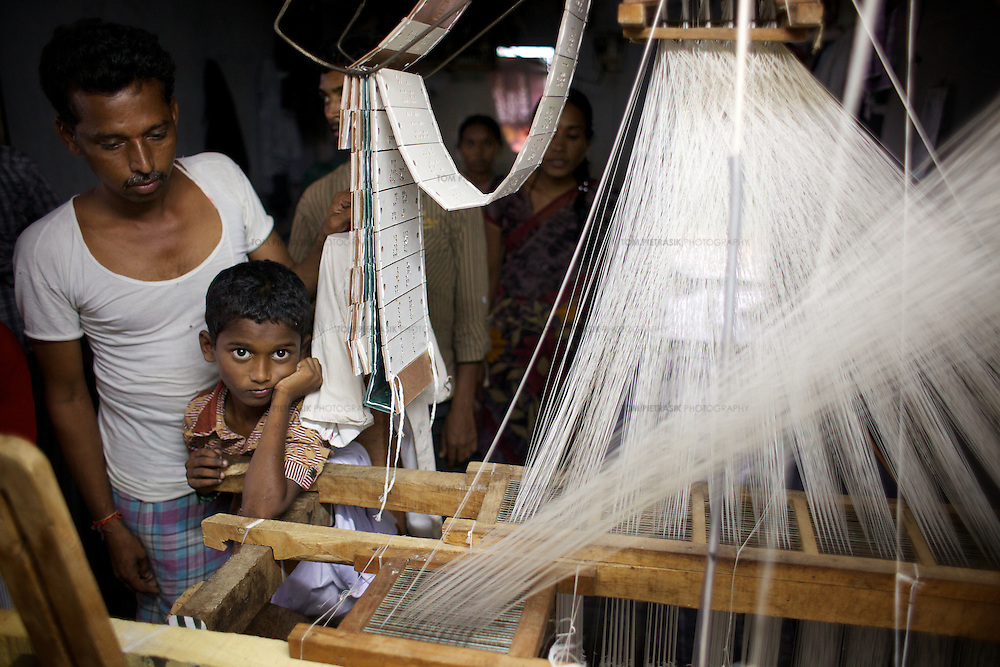