Pushpa Rawat at breakfast time in Poorvideen Kheda Busti with two of her daughters, Kajol (left) and Priyanka (holding bowl). Pushpa and her husband, who works as a rickshaw puller, are classified as APL (Above Poverty Line) which entitles them to subsidized food from PDS (Public Distribution System). India's PDS (Public Distribution System) is a three-tier system that provides subsidized food at thee different rates for those people classified as APL (Above Poverty Line), BPL (Below Poverty Line) and Antyodaya (literally 'serving the last man in the queue'). The system is an essential provision that sustains the lives of many. However experts including the JSS (Jan Swasthya Sahyog or People's Health Support Group) of Bilaspur argue that the PDS needs to be extended. This is because the monthly allocation of subsidized grain will last the average family just 12 days.

Poorvideen Kheda Busti is an illegal colony of 173 households, from both the Hindu and Muslim communities. Being situated in the Uttar Pradesh capital of Lucknow provides employment opportunities but the community are vulnerable to problems associated with low wages, insecure employment and lack of tenure. Oxfam supports the Vigyan Foundation's work in this slum on livelihoods, secure housing, women and general slum conditions. Also access to social security and education. The Vigyan Foundation have also been encouraging all of those with whom they work to take part and be registered in the 2011 Census. There are an estimated 787 slums in Lucknow. 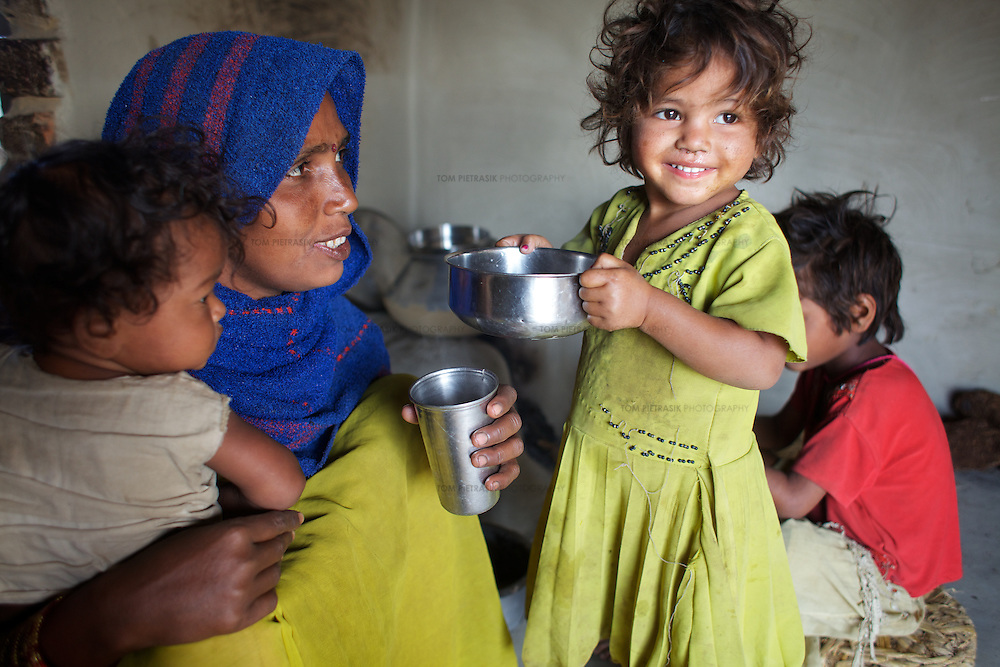