Musahar men from Charbhariya village gather at the village tea stall for a discussion on the upcoming round of state elections. There is greater political awareness and activity in Charbhariya than in other Musahar villages.

Charbhariya village is home to 87 Musahar families. Despite generations of repression, this community, with the help of local campaigning groups including Action Aid, have achieved some recent successes in the fight for the provision of services. A drainage system is being built in the village as part of the Food For Work Programme and employment has been provided under the National Rural Employment Guarantee Programme. These Government of India schemes are designed to use the rural unemployed to generate productive assets and infrastructure. The campaign for land-rights continues and so far only one of Charbhariya's Musahars has been granted land by the government. The Charbhariya women's self help group is coordinating action to ensure that the local government school has a properly functioning midday-meals programme and that the government funded ICDS (Integrated Child Development Service) is fully operational. Panchayat (or village level) council leader Prabhu Prasad is himself Musahar which provides the community a significant opportunity to demand their rights from the local administration. Direct action by the community recently ensured that below the poverty line ration cards were distributed to every family in Charbhariya.

The Musahar community are one of India's most impoverished and marginalised groups. They are considered untouchable within the heavily stratified Hindu caste system. Most Musahar people reside in rural districts of Nepal and India's Uttar Pradesh, Madhya Pradesh and Bihar states where they are the victims of ingrained local prejudice and administrative indifference. Literacy levels in the community are as low as 2 percent and child malnutrition is common. The Musahar are poorly represented in both district-level go 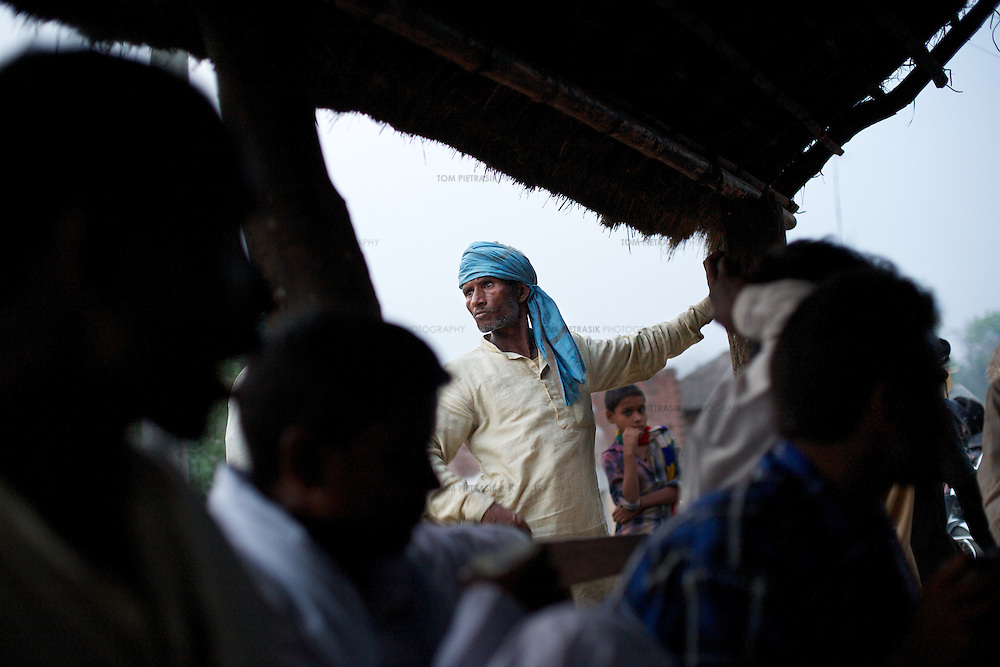