Worker measure out grains on a weighing scale at the Atri Block State Food Corporation Godown (depot) in Atri.

In the course of his work, Rupesh (no surname, not in photo), advisor to the Indian Supreme Court Commissioner on the right to food, made an unannounced visit to the Atri Block State Food Corporation Godown (depot) in Atri where he unearthed two cases of malpractice. He found that Bharat Rai, assistant manager of the godown, responsible, among other things, for the distribution of one quintel of grain per-month to each of the PDS (Public Distribution System) retailers in his area as part of the Antyodaya scheme (providing staple food for the poorest of the poor), had failed to deliver this essential food for eleven of the previous twelve months. Furthermore, it was discovered that though retailers supplied by the Atri Godown had paid Rai for grains for the months of November and December 2010, these foods had not in fact been delivered. Rupesh demanded paperwork from Bharat Rai and will now take up the case with the District Magistrate in Gaya. Rupesh argues that the only way to properly administer schemes like PDS is to make them universal so that the the educated middle class, and not just the poor, have a personal interest in the running of them.

India's PDS (Public Distribution System) is a three-tier system that provides subsidized food at thee different rates for those people classified as APL (Above Poverty Line), BPL (Below Poverty Line) and Antyodaya (literally 'serving the last man in the queue'). The system is an essential provision that sustains the lives of many. However experts including the JSS (Jan Swasthya Sahyog or People's Health Support Group) argue that the PDS needs to be extended. This is because the monthly allocation of subsidized grain will last the average family just 12 days.

Rupesh is supported by Oxfam as part of a five month pilot program that began in November 2010. 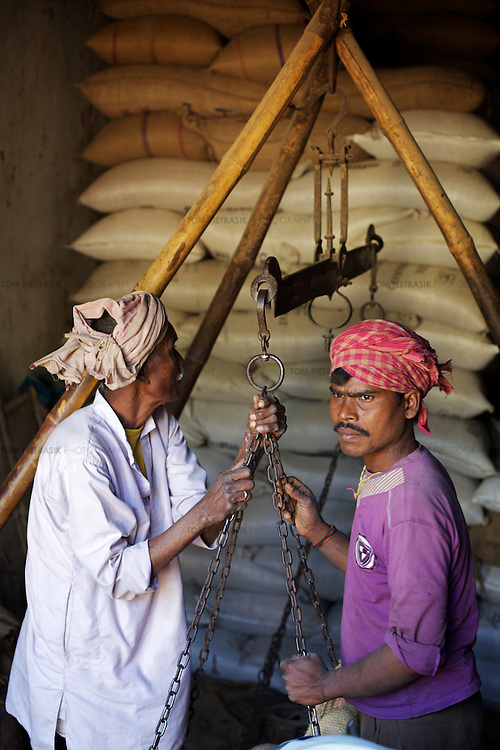