Rajkumari Moira and other women take part in the AROH Mahila Kisan Manch (Women farmers federation) monthly meeting in Deramunshi village. Among other ideas, the group plan a march on the issue of land reform. Such meetings allow issues like cultivation techniques, accessing good quality seeds, qualifying for subsidized inputs and training.

Rajkumari Moira, 45, from the Maurya caste, has four children, and lives in Deramunshi village. She is frustrated that women do all the domestic work and then labour on land for which they have no title, “Women do all the household work; they bring up the children, take care of the family and do agricultural work as well. But if there is not joint entitlement to the land, it’s a big risk. If the husband is good, then things are fine; but if he’s a drunkard or there is a bad person, it’s a high risk. And we don’t have security of land or anything to help us.” She describes her own husband as a good man. On their one bigha (1,300 sq metre) of land, Rajkumari and her family grow vegetables like cauliflower, tomato, okra and potato,

“Since we have only a small plot of land, we grow vegetables because we can sell them and get higher prices. We buy grains with the money. I can normally make about 10,000 rupees profit each year. If we grew grains, we would earn about 6-7,000 rupees each year.

In the north Indian state of UP (Uttar Pradesh), women are responsible for 70 to 80 percent of agricultural work but their contribution remains neglected at all the levels: family, social, economic and policy. Over three quarters of UP's households are involved in farming of which 91% percent operate on land that is marginal and small. Small and marginal farmers often lack access to major agricultural services, such as credit, extension, insurance, and markets.

On October 15, 2005 a movement called AROH was launched campaigning for the recognition of women as farmers. A federation of women farmers popularly known as “Aroah M 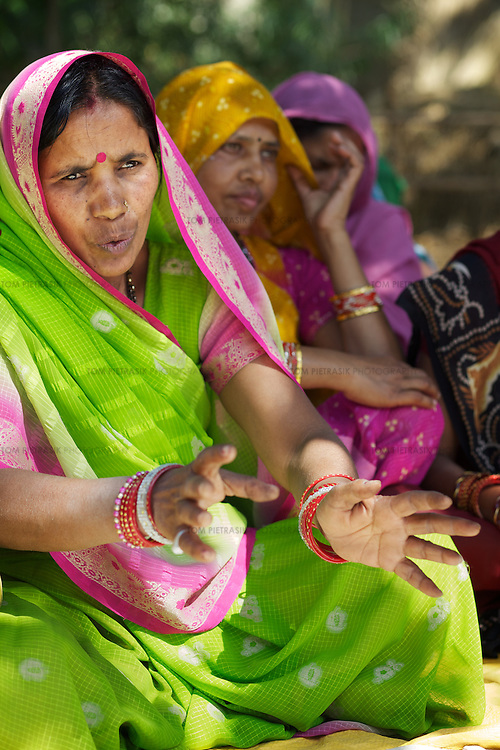