Students at the school gates at the end of the day at Palchenai school. 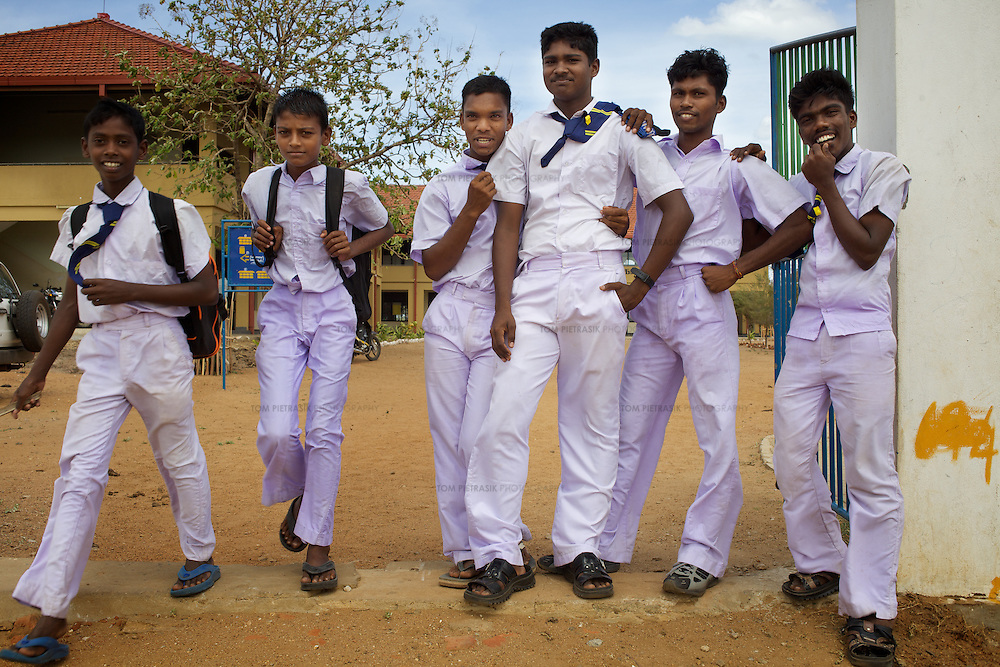