Kharauna village resident Samphul Devi, 65, processes kesari Dal at home. The land on which she grows the dal is owned by a higher caste Koeri (OBC) family. Samphul Devi is from the ostracized Maha Dalit community. She shares the cost of farm inputs 50/50 with the land-ownes. All the work is carried out by Samphul's family and profits shared 50/50 with the land-ownes. This system is called batai and is commonplace in rural north India.

Murti Devi, a resident Kaharauna village, died of hunger in 2009. Her death was the result of administrative indifference to the plight of the low caste Mahadalits and Bhuiyan who live in Kaharauna. Murti Devi had not received her PDS (Public Distribution System) food ration for three months nor had she ever claimed her entitlement to a pension. At the time 75% of Kaharauna's residents did not have enough food to eat. Such was the hardship, on two occasions, one month and one week prior to Murti's death, a petition, signed by 50 people, was sent to the Block Development Officer warning of food-shortages in the village. Still nothing was done. Upon Murti's death local village activists, some of whom were literate, raised the case with government officials. Within five days, 75% of Kaharauna's received a government supply of grains. Widespread awareness of Murti Devi's case was so shaming that her family received Rs.10,000 from the National Family Benefit scheme.

Since Kaharauna's residents began holding the local administration to account in 2009, the situation has improved for the community. Food grains are now distributed as part of the PDS (Public Distribution System), pensions have been paid and an access road has been built as part of the NREGA (National Rural Employment Guarantee Scheme). However there are still problems and it is an ongoing struggle for residents to claim benefits that are by rights theirs. For the past few months, for example, there has been no midday meals scheme at the local school so denying children nut 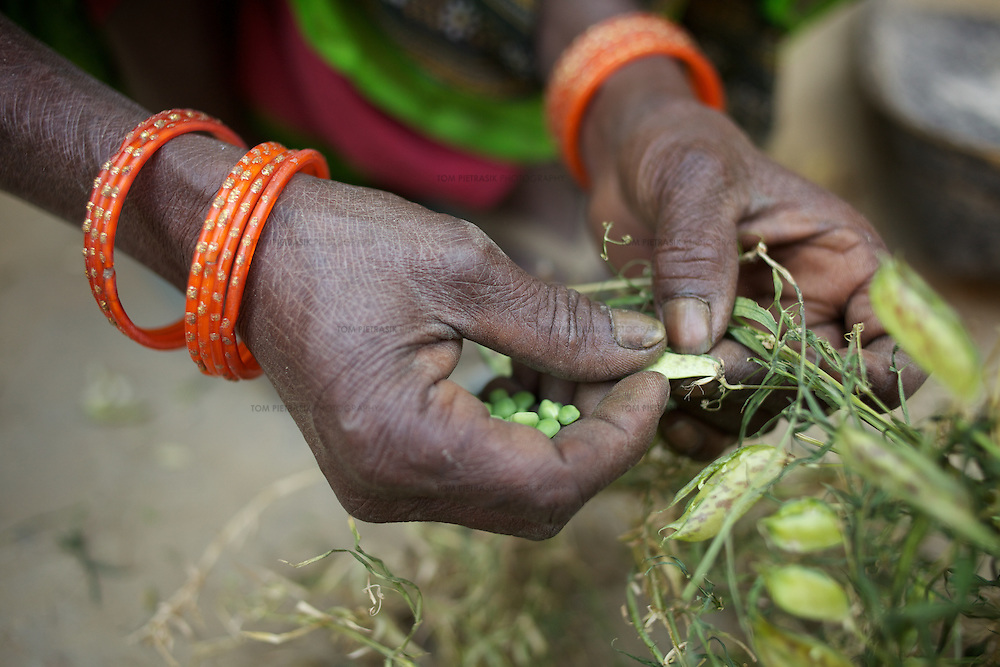