Paramanti lost her husband, Gola Mandal, in July 2010. He died of tuberculosis, an opportunistic, and sometimes fatal disease that rarely progresses beyond its latent state in people that are not weakened by hunger, old-age or immunosuppressive drugs. Gola, age 34, was employed as a migrant laborer stone crushing in Rajasthan at the time. Gola's employment so far away from home meant that he and Paramanti only saw each other for an average of 30 days a year during their marriage. Pramanti has never received a PDS (Public Distribution System) card though her vulnerable situation entitles her to one. She also does not get any pension benefit, despite her husband’s death. She leaves her three children with relatives on the days she goes to the forest to collect wood. Pramanti describes her situation,
"We need to help the children grow up; but there is not much food available. Sometimes, when there is mahua fruit in season, we can feed them those and also we take chakaura leaves to boil and feed the children. When they grow up, they will be on their own. For now, whatever I have, I have to feed them. Its hard as I don’t make much money selling firewood."

Lack of irrigation and food security lie at the root of the Maha Dalit community's problems in the village of Jalhe Bogiya. In the exploitative and divisive caste system, Maha Dalits are considered the lowest of the low. Ostracized by wider society (including the administration) illiteracy runs as high as 95 percent. Thanks to Oxfam-supported intervention, Jalhe Bogiya now has an - as yet incomplete - access-road built as part of the NREGA (National Rural Employment Guarantee Scheme). And an Oxfam-supported initiative in summer 2010 successfully lobbied the local administration to implement the provision of school midday meals which, by law is the right of every child. It is alleged that the Anganwadi (pre-school) centre administrator, sy 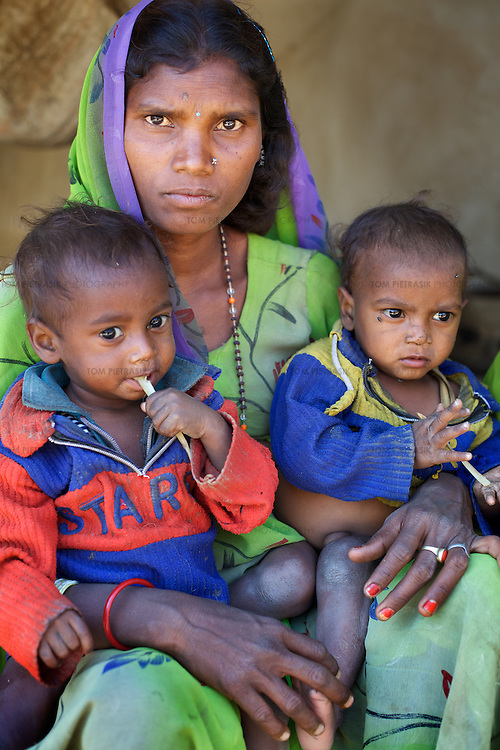