Imran Khan and local Tehrik-e-insaaf party workers enjoy a meal together in a restaurant in Abbotabad after spending time with communities in the Balakot district affected by the October 2005 earthquake which killed over 70,000 people in Pakistan. Khan and his party Tehrik-e-insaaf have raised funds to provide relief to several communities affected by the earthquake.

Copyright
THIS PHOTOGRAPH IS THE COPYRIGHT OF TOM PIETRASIK. THE PHOTOGRAPH MAY NOT BE REPRODUCED IN ANY FORM OTHER THAN THAT FOR WHICH PERMISSION WAS GRANTED. Tom Pietrasik PHOTOGRAPHER NEW DELHI India tel: +91 9810614419 UK tel: +44 7710507916 Email: tom@tompiet
Image Size
4368x2912 / 2.8MB
Contained in galleries
IMRAN KHAN 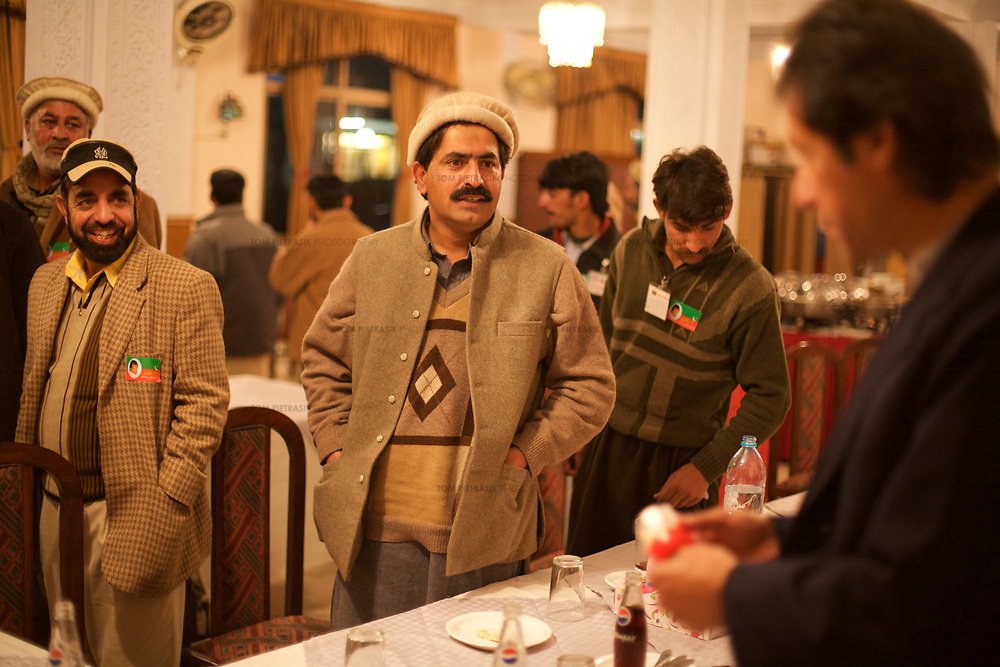