Kari Devi washes her son Pramod, 3, with one of the two, unreliable, hand pumps in Mananbigha village.

Mananbigha resident and day-wage laborer, Congress Manjhi died of hunger in April 2010. He was a landless Maha Dalit (Bhuiyan caste). He had tuberculosis. Bedridden, he had been unable to work for four years. As a consequence, Congress' wife, Kari Devi, 35, became the sole breadwinner for their family of four children. When Kari Devi was bitten by a dog in 2010, she was not able to work for 15 days. She had to travel 40km for a rabies vaccination as the local hospital in Barachatti was out of stock. This incurred substantial expense at a time when no one in the family was bringing in an income. Kari Devi had to borrow money for treatment. The family had not been granted a BPL (Below Poverty Line) card even thought they were entitled to one. As a consequence they had no access to rations from the PDS (Public Distribution System). With no food, Congress Manjhi eventually succumbed to tuberculosis. Following his death, it took representation from the Oxfam-supported Nyadal, a local village court, to force the administration into granting Kari Devi the 25kg of grains to which she and her family are entitled as part of the Antyodaya scheme (providing staple food for the poorest of the poor). Kari Devi must now bring up her four children alone. She is a member of the local five-person vigilance committee that reports to the Nyadal.

Like much of rural Bihar state - particularly among low caste communities - the residents of Mananbigha regularly go hungry. Some have died as a result of food shortages. There is a scarcity of water in the area and no irrigation facility. Though there are schemes in place to support vulnerable families, it is an ongoing struggle for residents to claim benefits, including rations, that are by rights theirs. Oxfam partners have helped to promote awareness of social security schemes among residents in Mananbigha village and provided them the 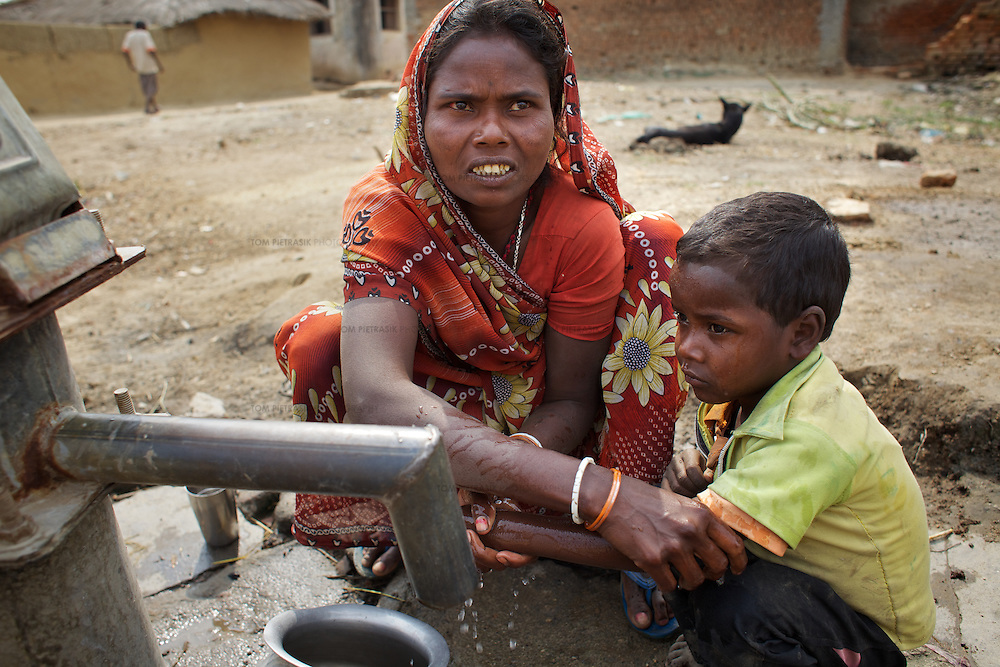