Women return home after undertaking work to strengthen a road as part of the NREGA (National Rural Employment Guarantee Scheme). By offering poor families up to 100 days work per day year, the NREGA has the potential to ensure that landowners are no longer the exclusive purveyors of work for the landless. Unfortunately the NREGA has suffered from administrative indifference and patchy implementation and the residents of Belauhi are lucky to be offered 12 days work per year as part of the scheme.

Bypassed by government subsidies that direct resources towards the needs of larger land-owners, farmers in the hamlet of Belauhi used to only harvest two crops per year and one of these crops - the monsoon Khairf rice crop - would regularly be destroyed by rains. Training and advice provided by Oxfam partners GDS (Grameen Development Services) has allowed Belauhi's farmers to harvest three - and sometimes four - crops so increasing food security and allowing some to move beyond subsistence farming and begin selling farm produce. Crop varieties that can withstand the flooding of fields in the monsoon or the intense heat of summer, including the genetically modified NDR-97 variety of rice, are more suited to farming in an unpredictable climate. New crops including pulses and oil seeds have provided residents a more balanced diet. GDS train local farmers, including women, in new agricultural techniques: irrigation and drought resistant crops. GDS has also establish SHGs (Self Help Groups) and encourages the dissemination of new farming methods by supporting village meetings and workshops. 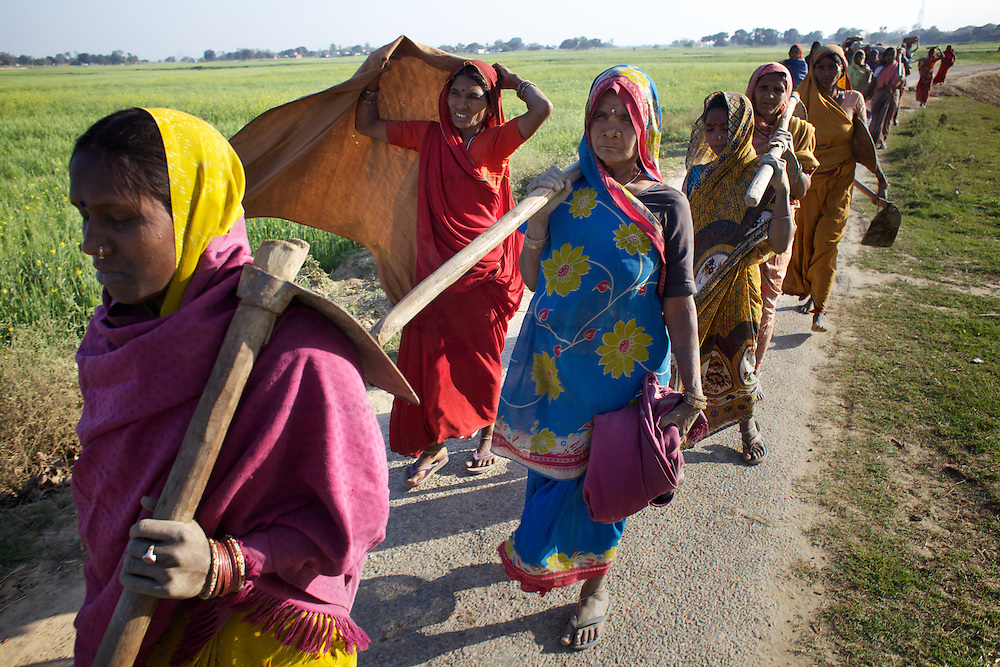