A woman from the adivasi (tribal) Baiga community in her village of Amlidih.

About 70 people live in the village of Amlidih. Like many people from the adivasi (tribal) Baiga community who traditionally collected fruit and seeds from the forest, this group have settled closer to the roadside and local town of Budla so as to be better able to access limited government services (food, health etc). The Baiga's found their lives in the forest, 20km away, were difficult to sustain with no agricultural day-labour available and limited forest produce. Water access was a problem and, without the use of vehicles, there was no easy access to the nearest primary health centre 7km away. Since moving most earn income by collecting berries, fruit and medicinal stems from the forest. Amlidih's residents also get manual work from the nearby town of Budla. Though they do not own forest land near their village, they have cultivated the area to grow kutki and kodu grains. There is no government water supply to the village and residents collect drinking water from a nearby stream which can be dirty in the summer. Amlidih's are not represented by the local government council (panchayat) and so are unable to access the PDS (Public Distribution System: government subsidized food) for which their limited means would otherwise qualify them. The residents would like to apply for land-rights from the government which would enable them to grow crops legally. There are several bicycles in the community – part of govt programme for adivasi communities, donated in 2000. 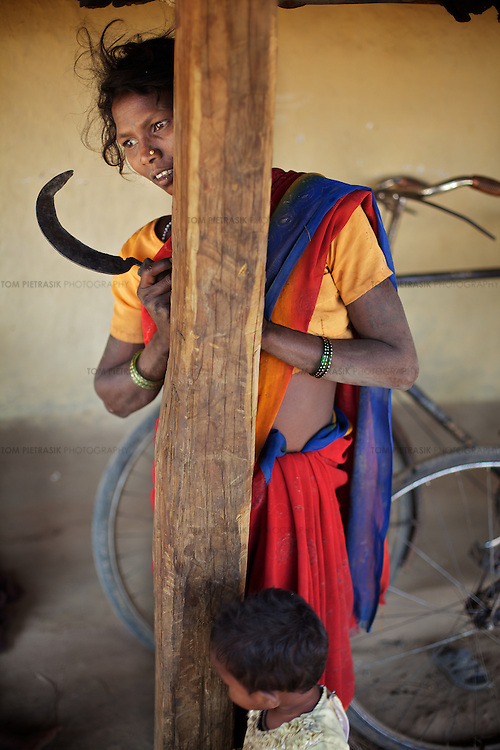