Of his family's experience of relocation, Mahangu recalls, "We were constantly asked by government officials to move out; they kept asking us. They first asked us to move in 2008. We were told that they had already allocated land and those who moved first would have the best of the land... We had been promised more land, but it wasn't fertile; its on a slope full of rubble and we can't grow the same amount of food that we used to. The government had promised us tube wells for irrigation but there was nothing; our houses are cracked; we were promised toilets too, but none were built"

The village of Bokhra Kachar, is home to 66 households from the adivasi (tribal) Baiga community. Displaced by the government to make way for the Achanak Marg tiger reserve, this community were forced to move from their old village 27km away two years ago. They were promised compensation, specifcaly each male over age of 18 would receive Rs.100,000, a proper house with toilet, and land at least equivalent in size to what they farmed before, access to PDS (Public Distribution System) and schools. Many families complain that their new land is significantly less fertile than the forest areas they used to farm so where they once went hungry for two lean months in the year, this period has now been extended to three months. Most of Bokhra Kachar's residents have only received Rs.50,000 in compensation and their new homes do not have toilets as promised. Though there is a local primary school, older children have to travel 8km. The nearest PDS is 5km away. There is no local public transport system. Men complain that there is little work in the new village. 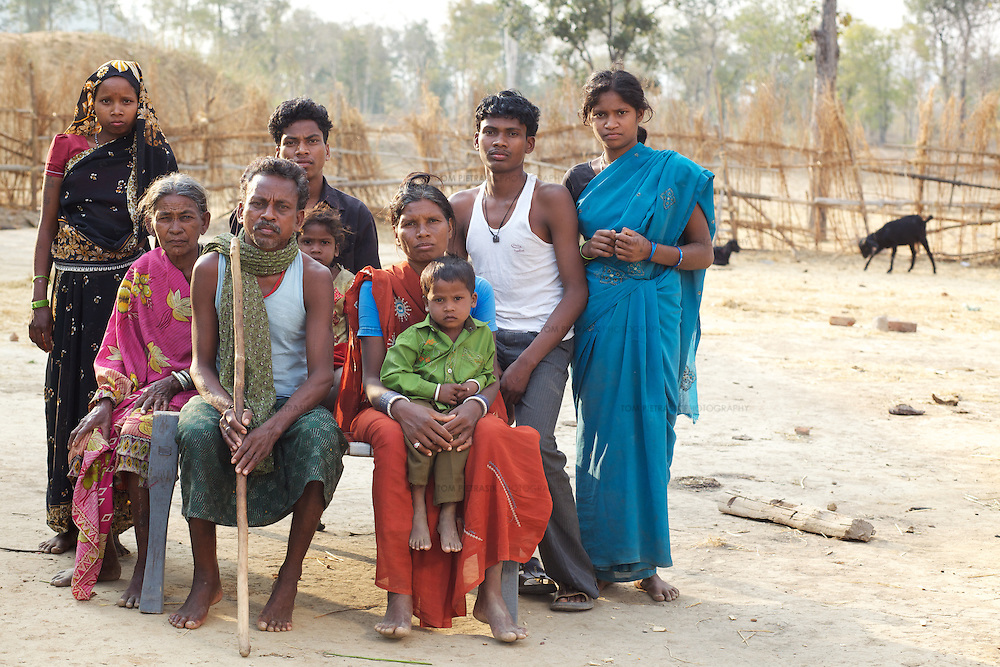