One of a stream of trucks laden with bauxite mined at the Bodhi Daldali mine passes through Singhari village. 35 families live in Singhari after they were displaced by the mine. A further 33 will join them as the mine expands.

Located in the Maikal hill range, the 668 hectare Bodhi Daldali Bauxite mine, run by Balco & Vedanta (Vedanta is a UK headquartered company), has been operational since 2003. Many Baiga families living on the site of the mine were relocated to make way for the mine. Enticed by compensation and often empty promises of employment and health and education services, most relocated people have regretted moving from their ancestral lands. The mine directly employs just 70 people. 750 contractors, most of them casual day-wage workers, provide the labour without which the mine would not function. 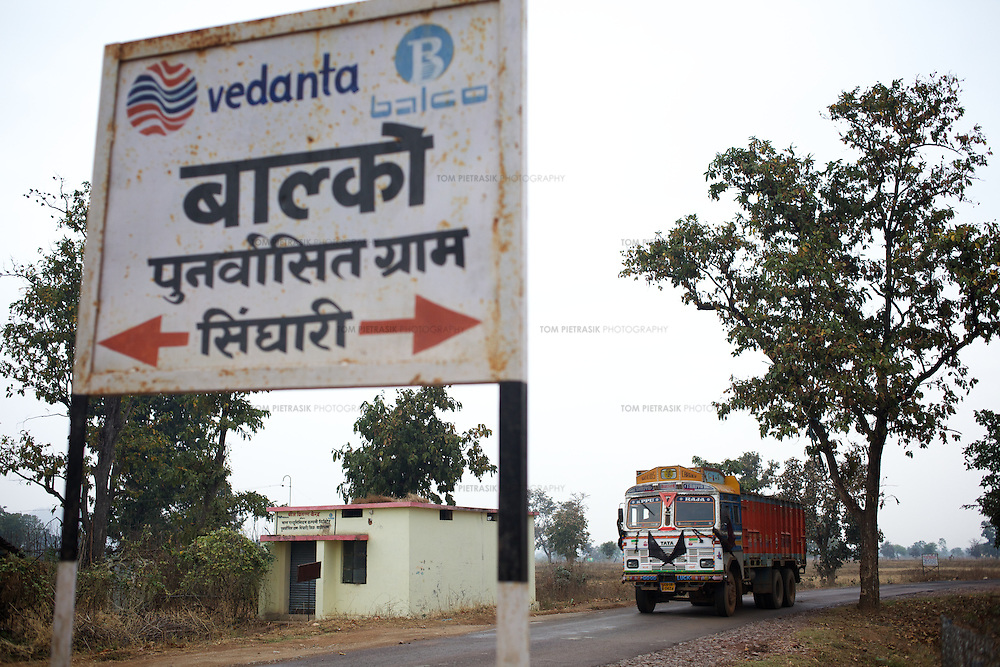