A child helps his family sort out rubbish outside their home.

Sahera Khatoon is ten years old. She lives with her two parents and five of her six siblings in a small shack built of discarded plastic sacking and bamboo poles. Sahera's father Sameer and mother Zohra arrived from Barpeta district in Assam 21 years ago. They and their families were poor landless labourers suffering the financial insecurity that comes with irregular work. Like many of their neighbours in Barpeta district, they were encouraged to make the journey to Lucknow by a refuge contractor who promised a regular income in return for their labour. It is a measure of the desperate circumstances faced by Sameer and Zohra that their life in Shanti Busti is preferable to the circumstances they left behind in Barpeta district. Collecting rubbish is hazardous and as well as the health-risks of searching through rotti 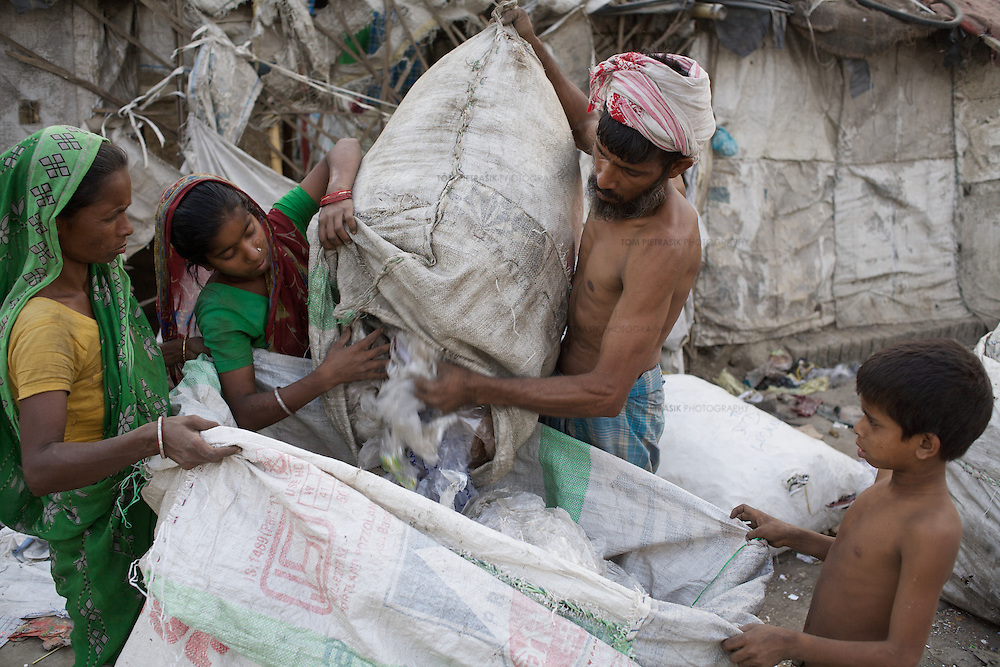